Pictures Tell a Story ... The Picture Taker Tells Stories too

Guess what ... The Picture Taker Tells Stories Too!

Recently Pete Souza visited the Microsoft campus. Pete was the official White House photographer for the 8 years President Barack Obama was in office. He took over 1.9 million pictures. He curated 300 pictures from those and created a book.

He is touring the world now to highlight his book. In the process he gets to tell stories about the pictures. Some are quite famous and have been seen many times across numerous social media and traditional media outlets.

Here is my interpretation. If you have had the good fortune to see him discuss the book ... in person or on TV (He's been on CBS, The Daily Show, and many others) I'd love to hear your thoughts. I was impressed. Pete is an amazing photographer and storyteller ... in words and pictures. My origibal post can be found here.

The Image of a True President

Thank you Pete Souza … You Made My Day! (click2tweet)

Pete was the official photographer for the Obama White House.

He created a new photo anthology book from the 1.9 million pictures he took in his 8 years at the White House and a few years chronicalling Senator Obama. There are lots of great shots in the book. Includling a picture of Senator Obama’s desk in the basement with no windows to contrast with him sitting at The Resolute Desk.

Pete Souza visited Microsoft for the Outside in series this week.

It was a packed house and standing room only. As I noted on Facebook. 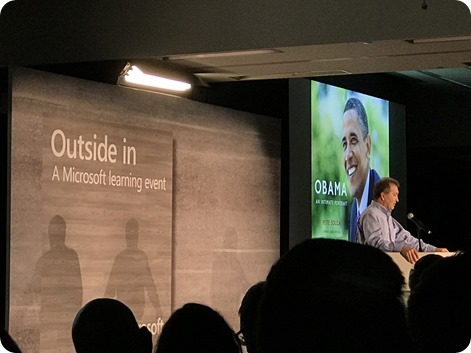 Simply put … he is an amazing storyteller

He is funny, insightful, and has a great historical perspective.

Fun Fact: He can drink water with one hand (we all saw it)
(link – see the shadow too)

Pete captured the essence of what it means to be The President of the United States.

With all the gravitas that goes with it. 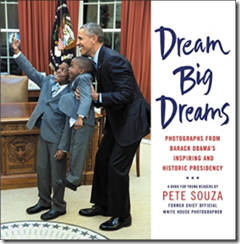 There is also a Young Readers version of the book:

In case you missed it … the Obama White House seemed to revel in all the kids that would come through the office. Pete Souza captured those moments too.

Including the most iconic one of all.

Below are a few of my pics from the event. 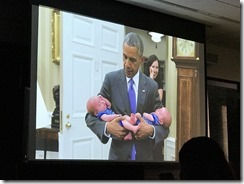 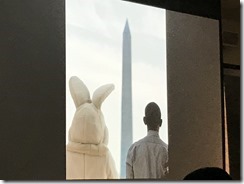 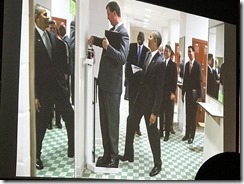 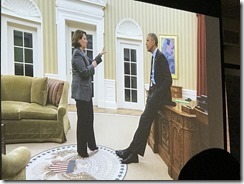 Thank you Pete Souza … you made my day.

And, thank you for your civilian service to the country. Documenting the man that showed us how to be a president with class, grace, and a sense of decorum.