You probably know someone with autism.

Partners can make a HUGE difference in the lives of people with autism.

Directly and indirectly by seeing those with neurodiversity for the skills they bring.

Steve Andrews has autism and he freely speaks about it. He has also built a business to help people with autism. You can help him and he can help you. Take a look at this post and if you need help from people that bring a very special set of skills to the table ... consider contacting Steve and either hiring his firm or bringing him in to speak about Rethinking Autism

I had the pleasure of attending a friends speaking event with the same title as this post.

Steve Andrews is someone I met in person recently, but we have been trading emails and talking on the phone for about a year before meeting.

This was originally posted on my blog. 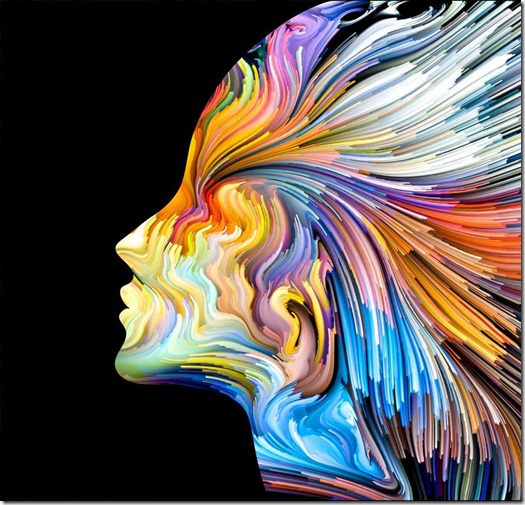 Steve is very candid with where he sits on the spectrum.

And, he’s doing something about it.

Not just for himself. He’s speaking, he’s launched a business, and he’s ready to speak with anyone that wants to help people understand neurodiversity.

This is the number Steve shared with us.

80% of the people with autism and other neurodiversity challenges face a significant battle with employment. Or, more specifically, with Unemployment.

Steve is doing something about it. He’s working to help people Rethink Autism. He’s ready to continue the conversation. 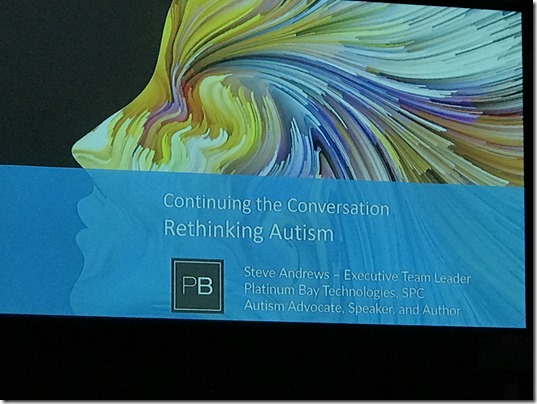 Our host at Overlake Christian Church was fantastic. He asked a few questions as Steve wrapped up. The most important was this:

What do you need?

When done right (even mostly right) there is a measureable impact.

Steve shared specifics about focus, ability to get things done (sometimes in new and unexpected ways), and reiterated the points we see on TV and other mediums about how autism is often represented. He’s not endorsing or defending them. Rather he is embracing them and seeking to help everyone with neurodiversity.

He also shared success stories where Rethinking Autism was put into practice at Walgreens, Rising Tide Car Wash, The Israeli Army Unit 9900, and the British Intelligence Code Breakers group. There are a lot more stories like this … some have been told and some are waiting to happen.

Help Steve to get those stories started and I’ll commit to getting them told.

My Recommendations – The More We Know!

It’s not all about Tech Companies. That’s the world Steve and I live in with the IAMCP and Partnering. But, every company can and should consider Rethinking Autism and bring in people with neurodiversity in the their profile. Many companies are absolutely doing this today – Starbucks, Home Depot, Freddie Mac and many, many others. Let’s keep the momentum going. 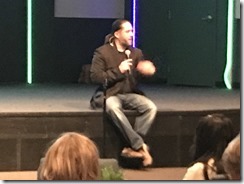 Steve doesn’t claim to know everything about neurodiversity, but he does know what works for getting that 80% unemployment number down.

I have known Steve for a while now and I can tell you he is passionate about helping others.

If you think you can help him … bring him in. You won’t be disappointed.

He’s ready to continue the conversation about Rethinking Autism.

How can you reach Steve?

Interview with Steve in The Art of Autism

Together we can Rethink Autism.