Partnering as a Small Fish is better than the alternative.

But, that's exactly what Pixar's John Lasseter suggests. It's also why the IAMCP is recommending and pioneering efforts in Partner to Partner (P2P) engagement.

I wrote about this is in detail on my blog ... (originally posted here)

Where I mentioned Pixar's Chief Creative Officer John Lasseter and his view for why he SHARED their best practices in the early days.

Simply put, he'd rather be a ... Smaller Fish in a Bigger Pond

In summary, Competition IS a Good Thing 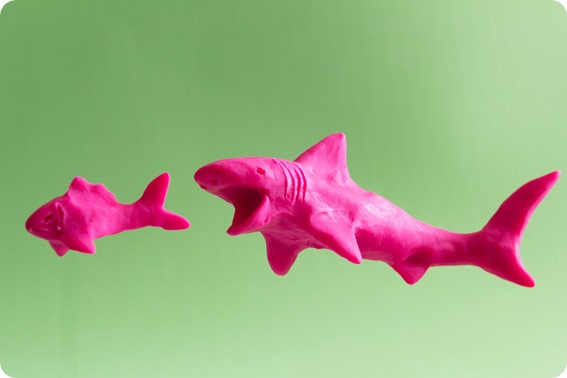 This is a quote from John Lasseter in the AirTran Airline Magazine from a few years ago. I have referred back to and used his quote several times since.

He was referring to the competition in his business.

His business is BIG – He is the Chief Creative Officer of Disney Pixar and he brought some of the most memorable characters to life in the movies Toy Story, A Bug’s Life, WALL-E and Monsters, Inc (11 feature length animated films).

His quote got me thinking again and again. I have worked with and for several companies that have been told they are too old to compete or that they are too late to the game. I do think there is an end stage to every business, but I don’t think any company I have ever worked for was even close to the end.

I have worked in the KM / ECM world for the past 20 years. There has been a lot of consolidation – which will continue – but the industry is still alive and if anything the rise of Social Media and Cloud Computing will make the Management of Enterprise Content even more critical to the success and longevity of the business. I think it will give rise to what I’m calling Social ECM.

Should business be a zero sum game?

I think the answer is NO. There might be a few industries where a Zero Sum Game strategy is best for all parties involved. However, I think that is the exception. It seems John Lasseter agrees.

My take on John Lasseter’s quote is this:

It’s better to be a fish in a thriving pond than a (soon) to be former fish in a d(r)ying pond.

This was excerpted from my post Competition is a Good Thing

Labels:
Me too
Reply
4 Kudos
0 REPLIES 0